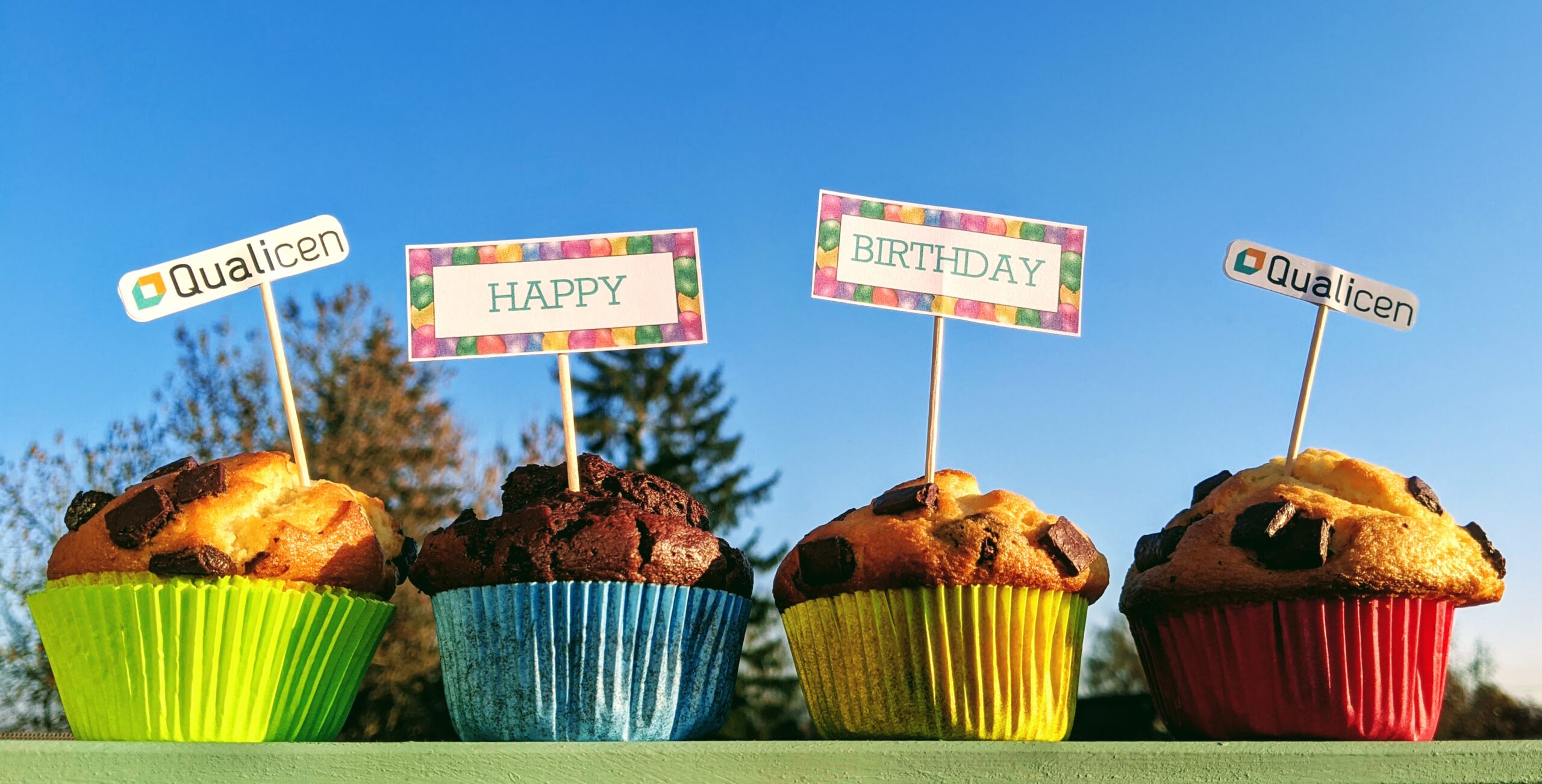 Five years? Really? Time must have been flying! Did you know the idea of founding Qualicen originated at Technical University Munich? Can you guess for how many years the founders already know each other and where they actually met first? Let’s go on a small journey back in time and find out some interesting Qualicen facts while we celebrate our 5th company anniversary.

It was back in 2008 and 2009 when Benedikt, Maximilian, Sebastian and Henning met each other while starting the Master´s Program in Software Engineering. This special graduate program was initiated by TUM, LMU and University of Augsburg offering the students special mentoring from scientists of the three universities as well as from well-known industry partners while studying the central topics of software engineering.

With Prof. Manfred Broy being the scientific mentor of each of the founders during their studies it was not a big surprise that all four met again soon after returning to Bavaria from their semester abroad, finishing the Master´s Program and each of them starting their PhD studies at his chair at Technical University Munich. While working at TUM they were part of the competence center for software quality focussing on research in the areas of requirements engineering and test quality. That’s where they also delved deeper into the fields of Software & Systems Engineering and Natural Language Processing (NLP) and continuously worked to further develop these topics. At an quite early stage of their new PhD life all four were already involved in much valued projects with industry partners like MunichRe, Allianz, MAN, Siemens and many others. “Supporting all these companies in several projects for many years, some of them even on CIO-level, helped us to gain lots of hands-on business experiences and establish numerous industry contacts” says Benedikt.

The four soon recognized that their work had an important impact on their project partners, but that there was also still lots of work to be done to improve the requirements quality and the testing processes of their industry partners and probably many other companies, to help introduce model-based systems engineering, to support them with suitable tools and to offer special trainings for their workforce. This soon led to the idea of founding Qualicen in 2015.

So why not ask your PhD advisor to join in and go on this new adventure with you? Maximilian, Benedikt, Sebastian and Henning just asked for his willingness to be their partner – and he immediately agreed on joining Qualicen. Benedikt says: “We couldn’t imagine a better partner to go on this crazy ride with us. Prof. Broy is very experienced in building new companies, has a broad network of valuable industry contacts and we have been appreciating his advice long before we even thought of founding Qualicen.” So in November 2015 it was time to make it official and sign the contract at the Notary’s office. Welcome to life, Qualicen!

While taking the first steps as young business owners all four were still hard at work finishing their PhD studies and working part-time at the chair, being in charge of several industry projects. They each successfully defended their PhDs in the years 2016 and 2017. “With regard to our working hours at TUM it was a rather comfortable start for founding a company. We got the possibility to slowly reduce our contractually fixed hours there and soon invest more and more time into growing our own business” all four founders agree. Balancing both jobs and in addition writing a PhD thesis was of course challenging, but their vision to build this company kept them going.

A year after establishing Qualicen it was finally time to move to the first official office at gate Garching, which is not only in the close neighbourhood of Technical University Munich, but also offers the perfect surroundings – affordable rental fees, the chance to easily rent extra offices when the company is growing, many coaching and mentoring opportunities for young entrepreneurs and of course a vivid network of other young Start-ups and TUM-Spin-offs.

Just around that time the team was supported by their first working student Andreas, who in 2018 also became the first permanent employee at Qualicen. Thanks to the possibilities of remote work the farthest away working colleague back then was Michael, joining the team from his office in Sweden, while in 2020 the most distanced Qualicen office is run by Henning in Coesfeld, in northern Germany. Until today the workforce grew to a total of 15 employees – permanent and students. Meanwhile Qualicen even employed the first PhD student. Jannik is writing his PhD thesis at University of Cologne and is supporting the founders in several industry projects.

Adding up on staff of course came along with an increasing number of projects. Allianz, for instance, immediately decided to continue a former TUM research project with Qualicen. A long-term cooperation with MunichRe mainly pushed the release and further development of our tool Scout. Our first international projects with John Deere in the US soon added to the list and were later expanded to also working with and at their locations in Mexico and India. As of today Qualicen is looking back at about 66 different industry projects and more than 150 courses and trainings for project partners all over the world.

To sum this up, Qualicen is proud to be and have been working with

and many more that have to be kept a secret here. 😉

In addition, the four founders always remained true to their university roots. The Qualicen team supported several lectures and seminars at TU Munich over the last years and supervised more than 30 research topics of students finishing their Bachelor and Master’s theses.

When celebrating a milestone like this anniversary, it is also time for a little gaze into the crystal ball. Later in 2021 it will be time to leave the safe Start-up grounds at gate Garching and find a new office location in or around Munich. When it comes to topics Qualicen plans to work on, it is actually amazing to see the rapid development in terms of content and technology nowadays. We recently created Holmes and will continue to improve this new library for State-of-the-art Natural Language Processing. “Text Analytics offers so many new opportunities. It will be very interesting to see what is possible with automated analyzes in the future. And more important, we are of course curious to see how far our customers are willing and able to walk down that road with us.” says Henning. Overall, there will for sure also be many new subjects and questions arising that are not even on the Qualicen radar yet. Well, one of our core company values is: “Qualicen is never finished”!

Sounds like a lot of work during those last five years? Yes, it was! But Benedikt, Maximilian, Sebastian and Henning agree that they would definitely do it again, when being asked whether founding a company was a good idea or not. “Overall, these five years were a great experience. While it was of course sometimes challenging to keep the team spirit alive and maintain our vision, it was always great to develop new ideas, see them become reality, satisfy our worldwide customers and celebrate all those achievements together with our amazing team.” Henning draws the conclusion all four of them share. 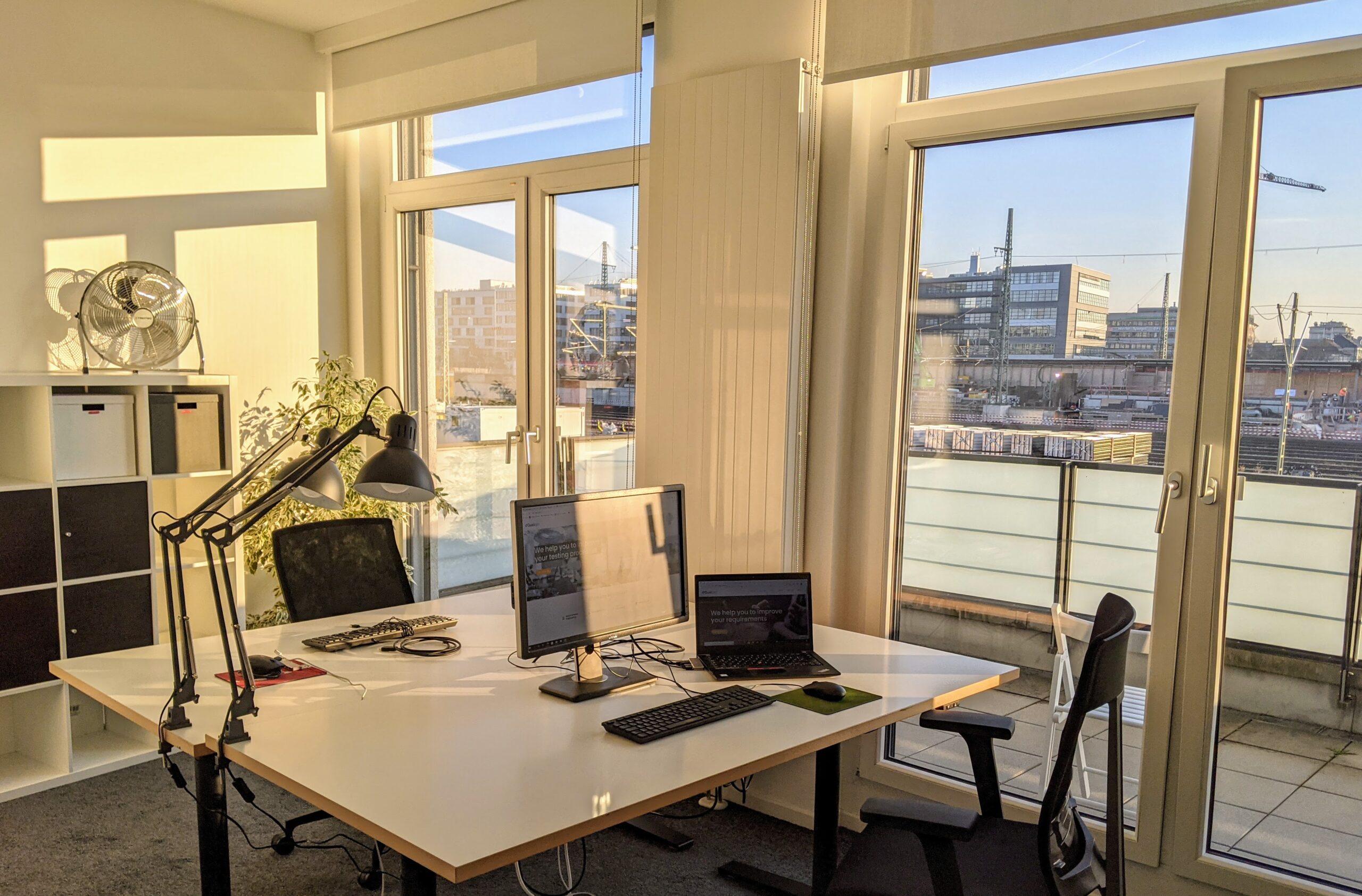 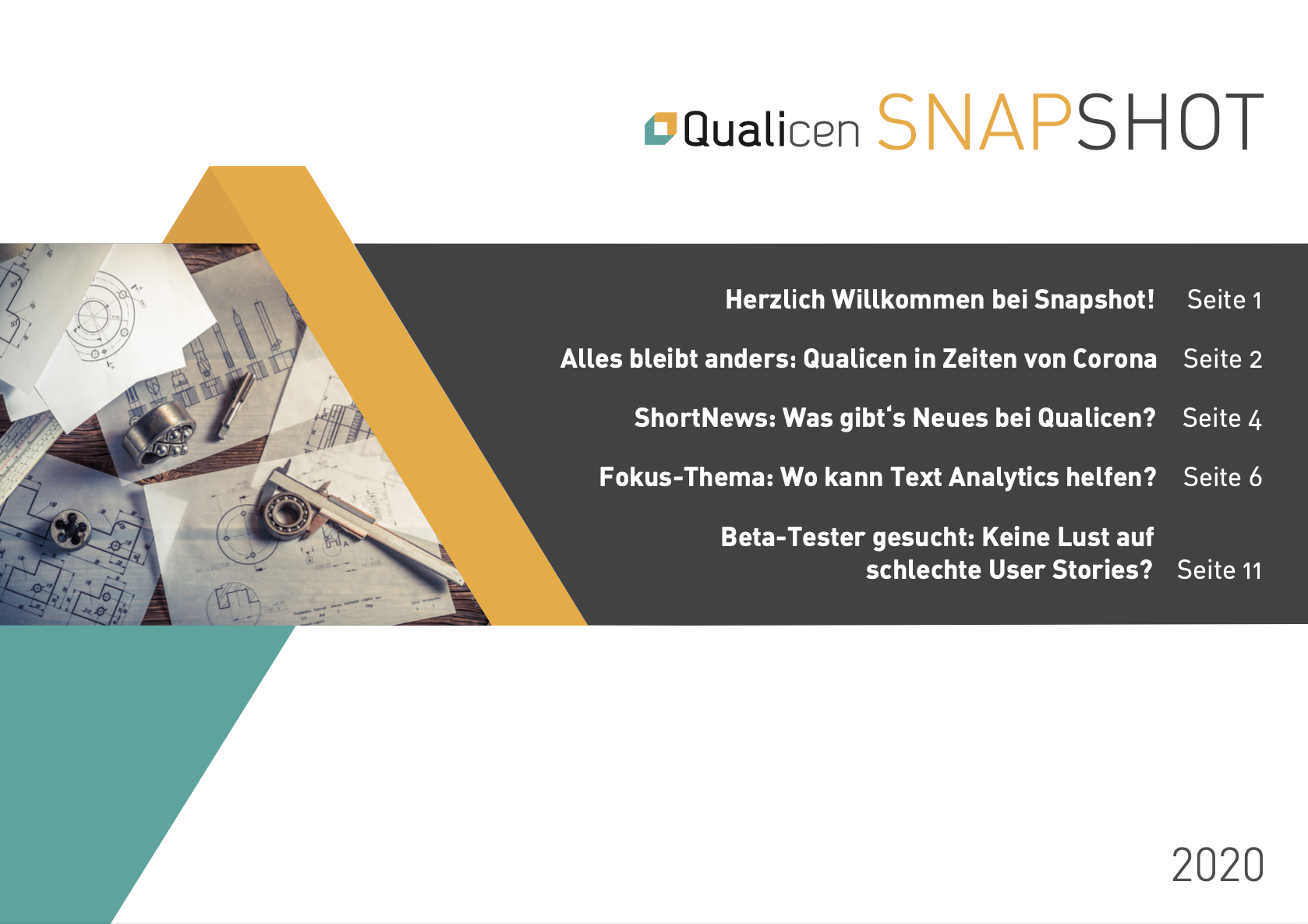